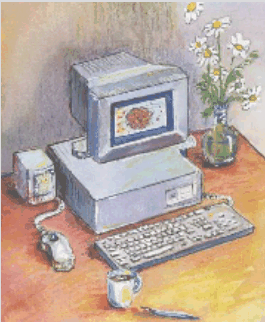 I sometimes think I might have been in darkness and despair until now had it not been for the goodness of God in sending a snowstorm, one Sunday morning, while I was going to a certain place of worship. When I could go no further, I turned down a side street, and came to a little Primitive Methodist Chapel. In that chapel there may have been a dozen or fifteen people. I had heard of the Primitive Methodists, how they sang so loudly that they made people's heads ache; but that did not matter to me. I wanted to know how I might be saved, and if they could tell me that, I did not care how much they made my head ache. The minister did not come that morning; he was snowed up, I suppose. At last, a very thin-looking man,* a shoemaker, or tailor, or something of that sort, went up into the pulpit to preach. Now, it is well that preachers should be instructed; but this man was really stupid. He was obliged to stick to his text, for the simple reason that he had little else to say. The text was,-

"LOOK UNTO ME, AND BE YE SAVED, ALL THE ENDS OF THE EARTH."

He did not even pronounce the words rightly, but that did not matter. There was, I thought, a glimpse of hope for me in that text. The preacher began thus-"My dear friends, this is a very simple text indeed. It says, 'Look.' Now lookin' don't take a deal of pains. It ain't liftin' your foot or your finger; it is just, 'Look.' Well, a man needn't go to College to learn to look. You may be the biggest fool, and yet you can look. A man needn't be worth a thousand a year to be able to look. Anyone can look; even a child can look. But then the text says, 'Look unto Me.' Ay!" said he, in broad Essex, "many on ye are lookin' to yourselves, but it's no use lookin' there. You'll never find any comfort in yourselves. Some look to God the Father. No, look to Him by-and-by. Jesus Christ says, 'Look unto Me.' Some of ye say, 'We must wait for the Spirit's workin'.' You have no business with that just now. Look to Christ. The text says, 'Look unto Me.'"
Then the good man followed up his text in this way:-"Look unto Me; I am sweatin' great drops of blood. Look unto Me; I am hangin' on the cross. Look unto Me; I am dead and buried. Look unto Me; I rise again. Look unto Me; I ascend to Heaven. Look unto Me; I am sittin' at the Father's right hand. O poor sinner, look unto Me! look unto Me!
When he had gone to about that length, and managed to spin out ten minutes or so, he was at the end of his tether.

Then he looked at me under the gallery, and I daresay, with so few present, he knew me to be a stranger. Just fixing his eyes on me, as if he knew all my heart, he said, "Young man, you look very miserable." Well, I did; but I had not been accustomed to have remarks made from the pulpit on my personal appearance before. However, it was a good blow, struck right home. He continued, "and you always will be miserable-miserable in life, and miserable in death,-if you don't obey my text; but if you obey now, this moment, you will be saved." Then, lifting up his hands, he shouted, as only a Primitive Methodist could do,

"Young man, look to Jesus Christ. Look! Look! Look! You have nothin' to do but to look and live."

I saw at once the way of salvation. I know not what else he said,-I did not take much notice of it,-I was so possessed with that one thought. Like as when the brazen serpent was lifted up, the people only looked and were healed, so it was with me. I had been waiting to do fifty things, but when I heard that word, "Look!" what a charming word it seemed to me! Oh! I looked until I could almost have looked my eyes away. There and then the cloud was gone, the darkness had rolled away, and that moment I saw the sun; and I could have risen that instant, and sung with the most enthusiastic of them, of the precious blood of Christ, and the simple faith which looks alone to Him. Oh, that somebody had told me this before, "Trust Christ, and you shall be saved." Yet it was, no doubt, all wisely ordered, and now I can say,-

"Ever since by faith I saw the stream
Thy flowing wounds supply,
Redeeming love has been my theme,
And shall be till I die."

I do from my soul confess that I never was satisfied till I came to Christ;

We Seek to  Proclaim Christ - The Word of Life!


The prophet Zechariah declared in Zechariah 4:10 -

"Do not despise (look down on, think lightly of or scorn) the day of small beginnings." (New Living Translation)

Discover how a snow storm led to the conversion of
Charles Spurgeon, the Prince of Preachers.